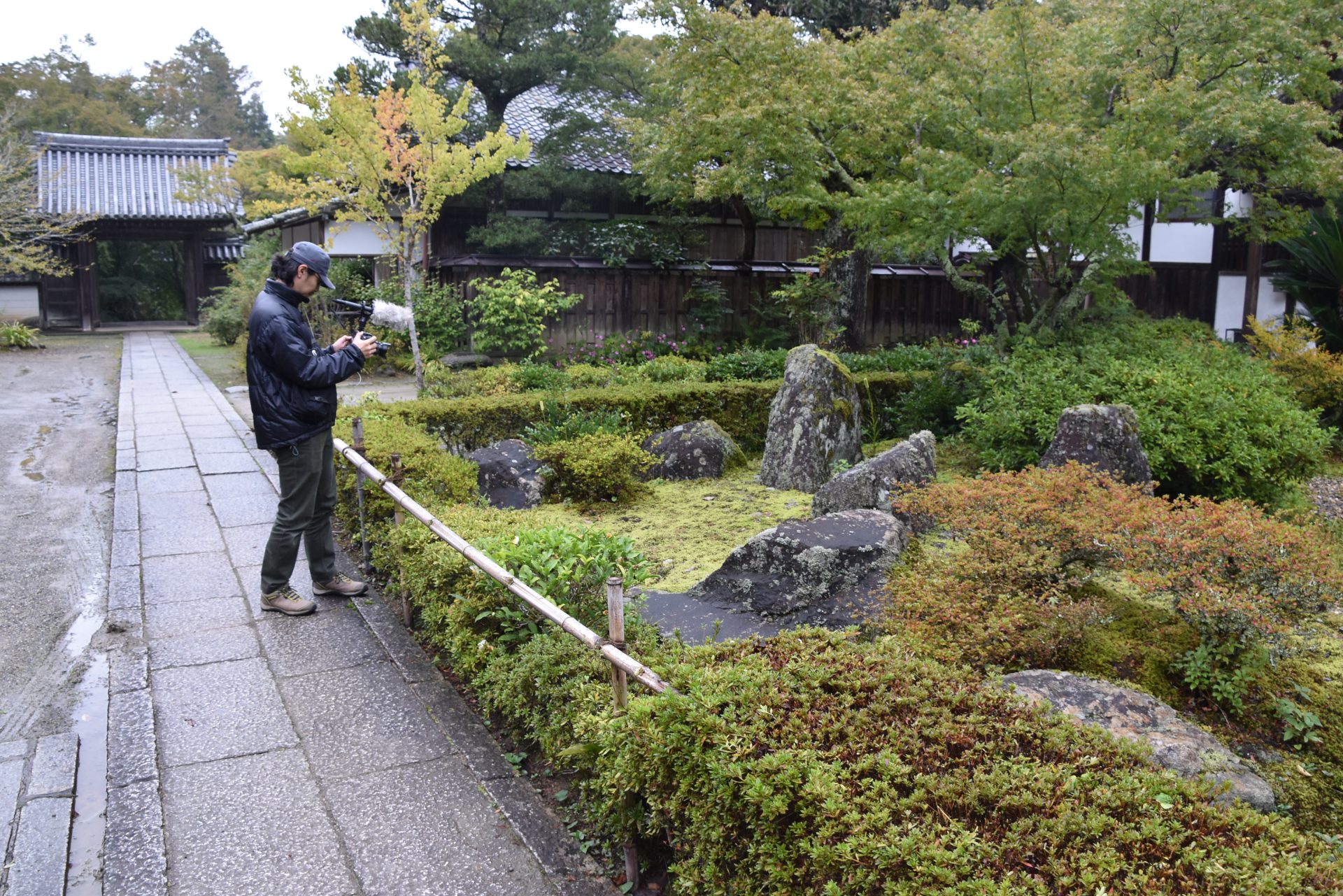 Born in 1978, based in Kyoto/Kochi in Japan. He is a Japanese contemporary artist and a film director, and earned his PhD in Concept and Media Planning, Kyoto City University of Arts. Also, he is the representative director of “Living Montage” which is a platform for the interdisciplinary use of visual media. In Europe, Asia and Africa, he accompanies researchers such as anthropologists and agronomists on their field research, exploring ways of using video and photographic media to create new discoveries in relation to others.
One of his most recent works is the variable video work #manazashi (124 min, 2021, Selected for the Feature Length Competition of the Tokyo Documentary Film Festival), Pero FUKUDA / Kenichi SAWAZAKI / Sangsun BAE Images don‘t or do they? Talk to each other (Tosei Kyoto Gallery, 2021, KYOTOGRAPHIE KG+ Official Program) and the documentary film The Garden in Movement (85min, 2016, Yebisu International Festival for Art & Alternative Visions 2016 Premiere Screening) etc.

After graduating from the International Academy of Media Arts and Sciences(IAMAS), Gifu in 2007, he participated in the “JEANSFACTORY ART AWARD 2008”, an open competition organized by Internacatu Inc. The work was highly praised by jury members Yasumasa Morimura, Toshio Matsumoto and Naohiro Ukawa, and won the Grand Prix M. This was the start of his career as an artist and filmmaker.

Since then, he has held exhibitions such as Progressive Belief in Doub, LE Bind (GALLERY TERRA TOKYO, Tokyo, 2012), “Art Court Frontier 2013” (ARTCOURT Gallery, Osaka, 2013), “Kawaii” (CAMP (Contemporary Art Meeting Point, Athens, Greece, 2013), Domestic Archaeology by Kenichi Sawazaki and Thomas Mailaender (GALLERY TERRA TOKYO, Tokyo, 2013). He was selected as a finalist for the “Celeste Prize 2013” (ex-Bibli, Rome, Italy) in 2013 for his video work Yoshiko, Xiānglán is I.

In 2016, he directed a feature-length documentary film, The Garden in Movement (85 minutes, 2016), documenting the activities of French gardener Gilles Clément. The film was first shown as a theatrical release at the 8th Yebisu International Festival for Art & Alternative Visions (Yebisu Garden Cinema, 2016), and has since been shown at Rissei Cinema (Kyoto, 2017), The 7th Art Theater (Osaka, 2017), Kobe Art Village Center (Kobe, 2018 The film has also been screened at the Makino Botanical Garden (Kochi, 2017), the art festival “Lieux Mouvants” (France, 2017) and many other venues around the world.

Following the production of the film The Garden in Movement, in recent years he has been accompanying researchers and experts in field research, mainly in Europe, Asia and Africa, to produce video works that document the diversity of ways of life through their perspectives. In my personal research*1, which was funded by the Toyota Foundation, he recorded the sensibility of field research on film from the “perspective of daily life” and explored forms of expression for interdisciplinary research based on the recorded video material (May 2017 – April 2019). As a result of this individual research, in April 2018 he founded the general incorporated association Living Montage with other researchers and became its representative director. In order to make the most of the filmed material, he will create the platform Living Montage, which will serve as a basis for interdisciplinary use.

In April 2018, in order to explore more deeply the results of his personal research, he entered the doctoral course of Kyoto City University of Arts, where he received his PhD after three years of study. During this time, in 2019, he spent three months at the School of Arts & Humanities at the Royal College of Art (RCA) in the UK on an exchange programme to deepen his research. The title of his doctoral thesis is Living Montage : The Margins of the Field Research and the method born from the “Eyes of the In-Between”, (jurors: Satoru Takahashi, Yoshimasa Ishibashi, Tomohisa Sato, Akihiko Inoue, Masato Hase (Professor of Waseda University)).

In his doctoral research, he worked with anthropologists and agronomists conducting field research in various parts of Asia and Africa, and produced films documenting the activities of these researchers. In the production of these films, he pursued original creativity by devising ways to use the visual media, including not only the main content of their research, but also the ‘marginal’ material that spills out of it. The film #manazashi (124 min, 2021) was produced using the method born from the ‘Eyes of the In-Between’, which he examined in his doctoral research. The film is a variable video work based on footage documenting various human activities in the research sites of agronomist Ueru Tanaka and cultural anthropologist Takao Shimizu, edited as fragments that dare not coalesce into a clear narrative or theme.

In June 2021, the peer-reviewed paper Living Montage: The Margins of the Field Research and the video work #Manazashi After the Rain, Horizontally, on the Street were published in the interactive journal “Toitotoi No.0” (Center for the Promotion of Interdisciplinary Education and Research, Kyoto University., 2021).

In September-October 2021, as an official selection of KYOTOGRAPHIE KG+, he held an exhibition with anthropologist Fukuda Pero and artist Bae Sangsun, Images don‘t or do they? Talk to each other (Tosei Kyoto Gallery, Kyoto).

—
※1 Sawazaki, Kenichi. Senses of Field Studies Standing on Peoples’ Livelihood: The search for phenotype of interdisciplinary research to take advantage of the video media, 2017-2019
https://toyotafound.secure.force.com/psearch/JoseiDetail?name=D16-R-0344